Dharwad is a city with its own charm and aura, a mix of cosmopolitan and ancient roots, mixed culture, amazing climate and the destination for academic expertise and musical excellence. With abundant greenery, the city is inhabited by people from all parts of India, living in a multicultural, multilingual culture. Accessible from Karnataka and Maharashtra, Dharwad is a tourist spot for its ancient heritage and historical lineage. Situated at the junction of Western Ghats and Deccan Plains, Dharwad is an ideal holiday retreat. Dharwad district in the state of Karnataka is famous for its famous sweetmeat, Dharwad Pedha. 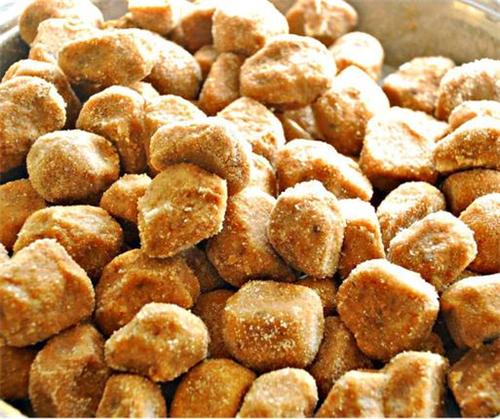 This unique sweetmeat is so popular in Dharwad region that it has been rewarded with a Geographical Indication (GI) mark. The sweet is called Dharwad Pedha for sharing the name of Dharwad district and it’s believed to be 175 years old. Dharwad Pedha has quite a fascinating story with its founder, the Thakur family which settled in Dharwad in the 19th century shifting base from Unnao in Uttar Pradesh and started selling this delicacy. The traditional sweetmeat made from callous milk and sugar became so popular within a few days and it was nicknamed as Line Bazar Pedha after the market where it was located. The family business of the Thakur has been continuing for several generations now although several other shops have come up in the region.

Dharwad Pedha is so famous that there are shops selling this delicacy in Pune and Bangalore as well. 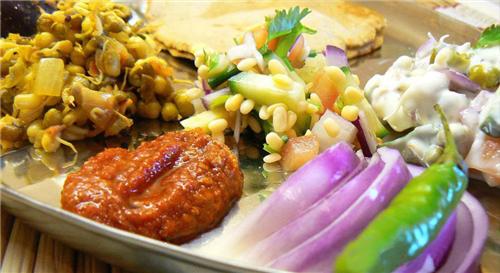 Among other local cuisines apart from Dharwad Pedha, mention may be made of the local meal served in Northern Karnataka region known as Jolada Roti, a type of bread made from Jowar and served with chutneys and other delectable tangy chutneys. Neighbouring towns in and around Dharwad are famous for other delicacies and sweetmeats like Karadantu and Kunda. Kunda is a local sweetmeat from Belgaum district made from Khoa or dry kheer or milk. Karadantu is another yummy treat made from dry fruits, edible gum and sugar and widely popular in Hubli-Dharwad district although it is a local sweetmeat of Gokak.

Jolada roti made from corn flour or Jowar and served along with raita, pickles, fenugreek leaves, papad, chutney, vegetable curry. A visit to local Khanavalis , the restaurants which serve authentic North Karnataka food preparations and other local cuisines as well.