Dharwad district’s strategic location in the map of North Karnataka makes it a palpable tourist spot with Western Ghats on one side and the Deccan Plains on the other. Dharwad is blessed with abundant flora and fauna and its position makes it a popular tourist spot which can be accessed from Bangalore, Goa, Pune and other major cities in neighbouring states. Dharwad district does not have a wildlife sanctuary and reserve of its own, but it is closely situated to Dandeli Wildlife Reserve and Sanctuary which lies at the conjunction of Karnataka and Goa.

Spread across an area of 834.16 square kilometers, Dandeli Wildlife Reserve is situated at an elevation varying between 100 meters and 970 meters. Touted as the 2nd largest wildlife reserve and sanctuary in the state of Karnataka, Dandeli has acquired fame as a tourist hotspot visited by travelers within India and from abroad as well. The wildlife reserve is also popular to tourists for its white water rafting activities in Kali River flowing through the sanctuary, wild life safari of the reserve as well as adventure sports like canoeing, kayaking and mountain biking activities. 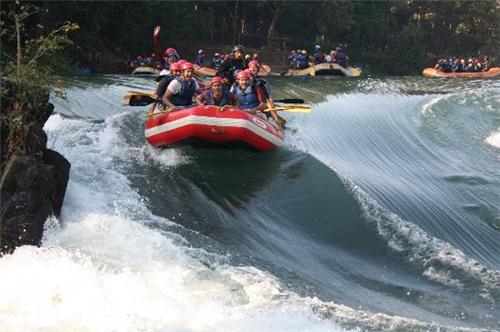 Open to visitors from 6:00 am in the morning till 6:00pm at sundown, Dandeli Wildlife Reserve and Sanctuary also offers accommodation facilities for tourists in cottages and rooms. The ideal time to visit this natural reserve is between months of March and October.