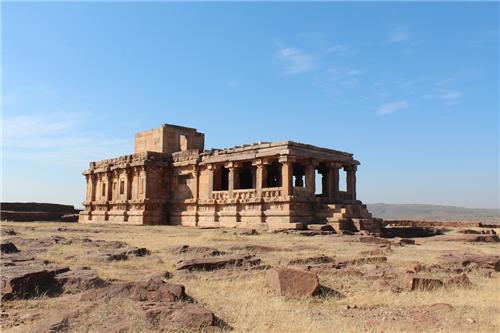 Dharwad district is situated in the state of Karnataka in South India and is the municipality for both Dharwad-Hubli districts as well. City of Dharwad is as old as 900 years old, almost transporting back to 11th and 12th Centuries when this city experienced frequent handovers beginning with Chalukya dynasty followed by rule of Hoysala, Vijayanagara, Rastrakutas, Badami, Peshwas, Mughals, Hyder Ali and ending with the dominance of British East India Company.  Dharwad is believed to have received its name from King Dharav, a king from Vijayanagara dynasty and it is the seat of the movement which stirred all the Kannada speaking regions in South India finally emerging in the form of a state of present day Karnataka.

Temples and Historical Sites in Dharwad

Famous for its historical sites and temples, Dharwad’s strategic location on the map of India makes it a palpable tourist spot combining the plains of Karnataka and the Western Ghats Mountains in Maharashtra. Dharwad is close to both Bengaluru and Pune, two popular tourist spots in India. Home to classical Carnatic music and abundant with architectural relics, temples, religious shrines in both Hubli-Dharwad, this region is worthy of visiting.

Besides, Dharwad is also renowned for the All Saints Church, Hebich Memorial Church, Holy Cross Church, Church at Nirmal Nagar and Horeb Prayer House. Dharwad stands for multiculturalism and Hazrat Syed Fateh Shah Wali Dargah is situated in Hubli district of Dharwad and it is open to all visitors irrespective of all religious and caste barriers.  There is also a mosque named Masjid e Aqsa Krupa Nagar in Hubli. These tourist spots make Dharwad a popular destination in Karnataka. The other tourist hotspots in and around Dharwad-Hubli are Unkal Lake, Nrupatunga Hill, Indira Glass House to name a few.

Dharwad is well connected with major cities in and around Karnataka with state transport buses and private luxury coaches connecting Pune in Maharashtra, Mangalore in Karnataka and Goa apart from other cities in Karnataka state. Dharwad is closely situated just off National Highway 4 and hence in close proximity to both Bengaluru and Pune. Since there is no airport in Dharwad, the nearest airport can be availed at Hubli at a distance of 20 kilometres. Else Dharwad can be accessed via Bangalore and Mumbai through Hubli airport. The best way to reach Dharwad will be through trains from the local railway station connecting all major cities.

Information about tourism in Dharwad and tourist bookings or inquiries can be made at Karnataka State Tourism Development Corporation Offices in Bangalore or KSTDC Transport Wing Hotel in Krishna Bhavan Complex on Lamington Road, in Hubli Dharwad district with pin code 580-020.