Dharwad is a popular district in the North Karnataka and famous for being the base of the Kannada speaking movement which finally emerged as the state of Karnataka. Dharwad has flourished for centuries in academics and classical carnatic music and historical architecture scattered around the district. Dharwad is also notably famous and renowned for a yummy delectable sweetmeat known as Dharwad Pedha. 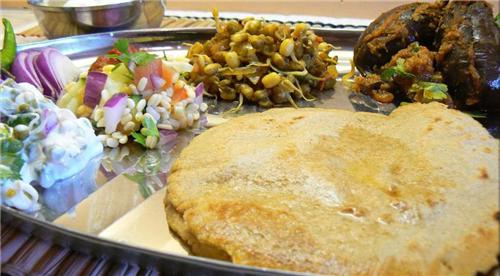 Jaloda Rotti
Although there are varieties of delights and sweetmeats in the region like Kunda of Belgaum prepared from Khoa, Gokak, which is also a sweetmeat as well as Karadantu which is prepared from a concoction of sugar and dry fruits, yet Dharwad Pedha is the frontrunner in the district of Hubli-Dharwad. Prepared from thickened milk, Khoa and sugar, Dharwad Pedha is unique in taste and Thakur’s sweet shop in Dharwad sells authentic Pedhas in the district as they invented and imported this recipe from Lucknow.